Emerson on Hurumzi, along with mosque minarets, temple towers, church spires, and the Tower Top Restaurant, forms an integral part of the skyline of Stone Town. (It is in fact the 2nd tallest building in Stone Town). Once the residence of a fabulously wealthy man in the Swahili Empire, Emerson on Hurumzi has recently been restored to its former glory.

The furnishings are all original Zanzibari antiques of various styles and origins, that together create an atmosphere of Arabian Nights and secret liaisons by sultan princesses in the dark hours of the night! 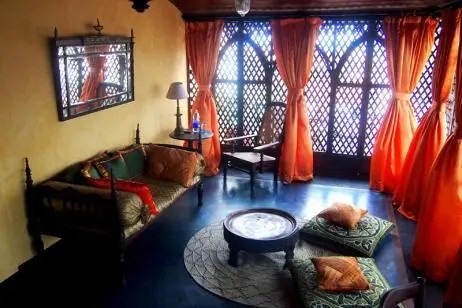 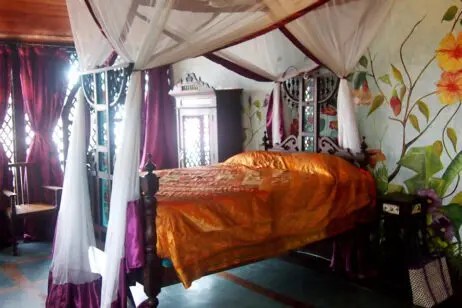 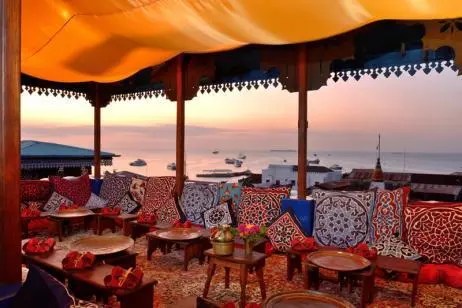 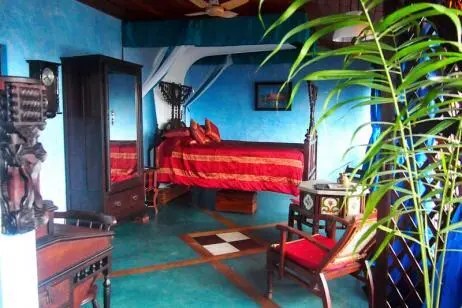 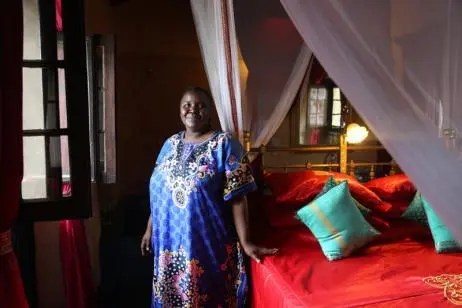 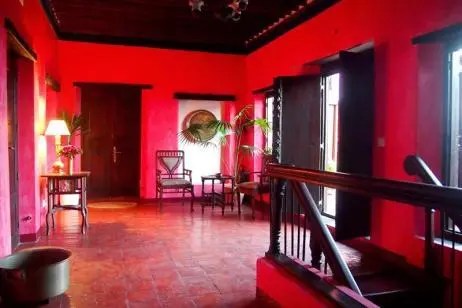 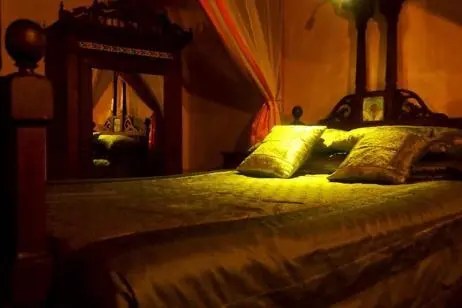 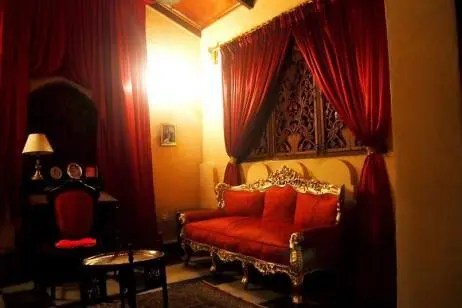 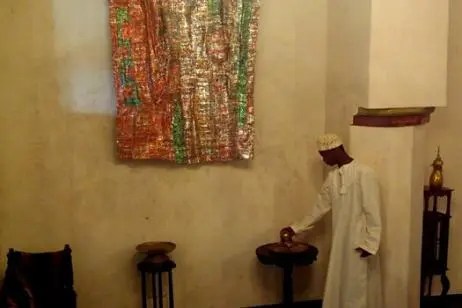 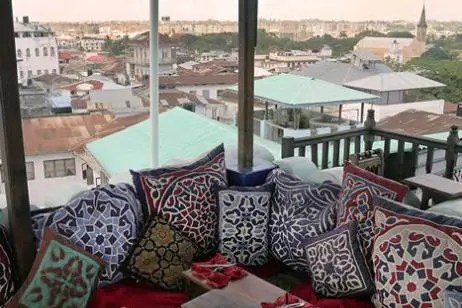 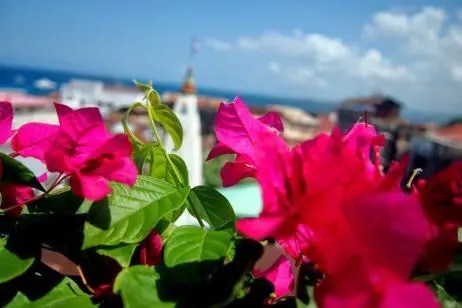 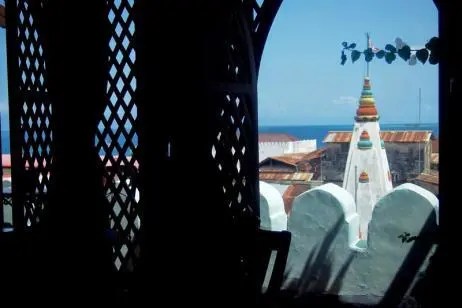 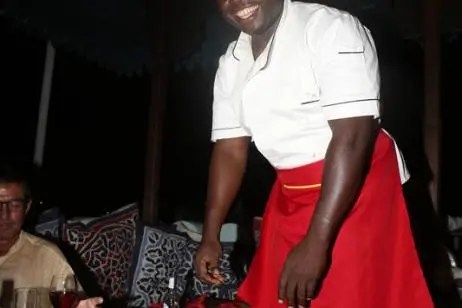 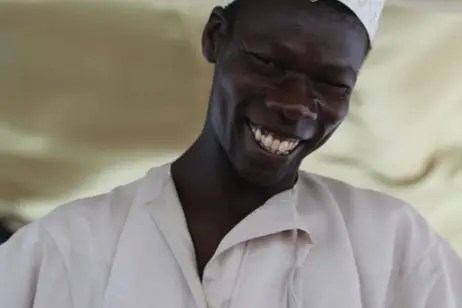 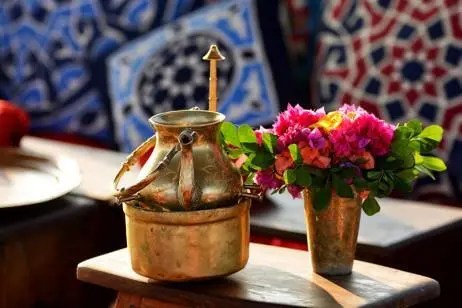 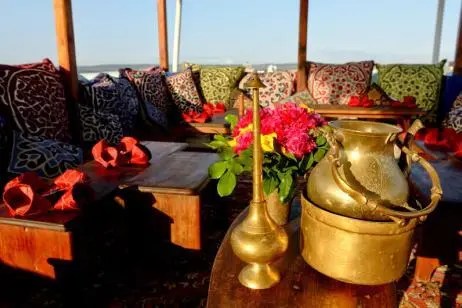 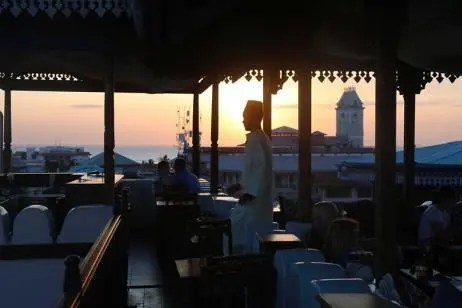 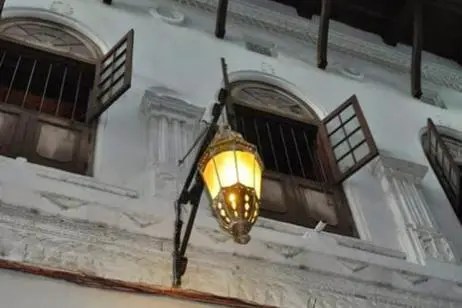 An authentic Stone Town Hotel, steeped in history and romance

It is all about magic, playfulness, fantasy and fairytales...

The location is very central, on a busy - but traffic-free lane - in Stone Town

The Rooftop Restaurant is super romantic for sundowners or dinner

There's some noise from the streets (inevitable in central Stone Town)

Be prepared for steep stairs and no elevator 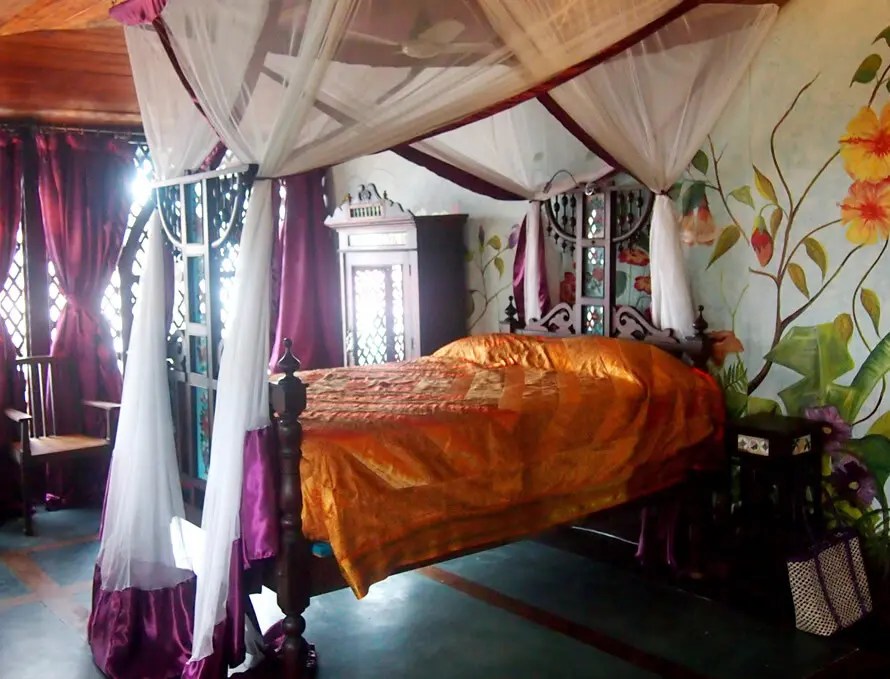 Emerson on Hurumzi offers 16 rooms, each distinct and exquisitely furnished.

The “Peace of Love” wing is a new addition to the hotel, and is named in honour of the small, lively square that it overlooks. This wing offers the most original and luxurious suites of the hotel. Most of the rooms boast balconies, teahouses, or verandahs (all with spectacular views of Stone Town and the ocean – and on clear days even the coast of Africa!)

240 Hurumzi offers 6 guest rooms in the newly-restored building that adjoins Emerson on Hurumzi. All 6 rooms are elegantly furnished with original Zanzibari beds and antique furnishings. These rooms are located off spacious corridors on the top two floors. Each floor has access to its own fully-equipped kitchen (shared). Each room has its own individual charm and every room is named after an important figure in the history of Zanzibar. 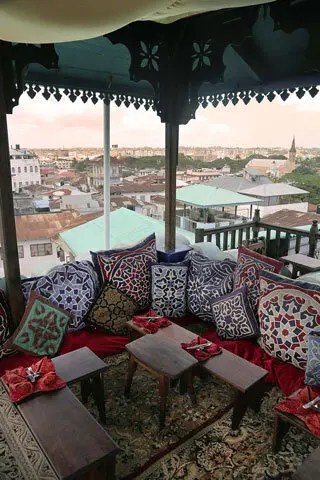 The Tower Top Restaurant lies high above Stone Town, amongst the mosque minarets, temple towers, and church spires. It is undoubtedly one of the most charming and romantic restaurants in the world!

Located on the roof of the building, you’ll feel as if you’re on top of the world as you sip on exotic drinks and watch the sun disappear into the ocean. The Islam call to prayer accents the eastern ambience of Arab-style pillows and small tables, and the Hindu Temple bells remind guests that they are far from the stress they left at home!

A typical menu consists of appetizers of local vegetables, seafood and small canapés, a soup (or salad), a main course of fish or chicken (with vegetables and spice scented rice) and then dessert with tea or coffee, and after-dinner drinks. 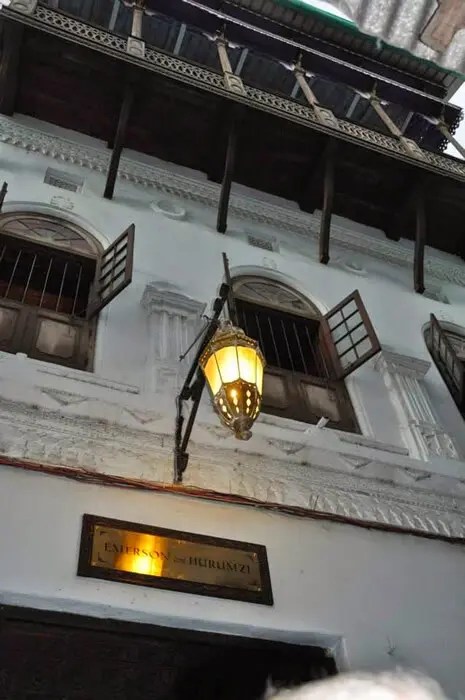 Folklore and local memory say that Hurumzi House was built by a man called Tharia Thopan, often called the Bismark of the Swahili Empire. Due to his close friendship with the Sultan of the day, Thopan was permitted to build Hurumzi House as the 2nd highest in Stone Town – 2nd only to the Sultan’s own palace, The House of Wonders.

Other stories tell that in the 1880’s this building was used by British authorities to pay Arab slave owners to free their slaves. Apparently the name Hurumzi comes from “Huru – MUUZE” (meaning “let them be free”). Although not verified by the Zanzibar archive records, these stories only serve to add to the mystery of this impressive building on Hurumzi Street.

Hurumzi House has survived devastating monsoons, numerous inhabitants, and various governments. After the revolution ended in 1964, Zanzibar engaged in an experiment with socialism, which unfortunately caused the neglect of Stone Town and its treasure of heritage buildings, including Hurumzi House.

In the 1980’s Zanzibar was finally re-opened to international investment. In 1991 Thomas Green (and later Emerson Skeens) were able to convince local authorities to lease them Hurumzi House in order to restore it to its former glory. The main restoration work began in 1994 and continues today in the way of minor revamps and general maintenance.

16 splendid rooms are available to guests, delicious dinners are served in the Tower Top Restaurant, and the Kidude Café Restaurant, which is located on the ground floor, offers excellent lunch and dinner menus in Arabian style and air conditioned comfort.

Emmerson on Hurumzi was gorgeous! I felt like I was a character in the children’s movie Aladdin 🙂 I loved the quirky colours and authentic decor. 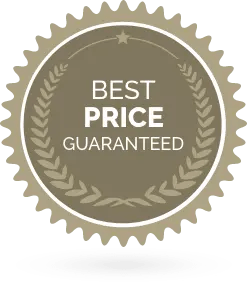 Zanzibar Retreats was formed in 2003 by Claudia Batschari & Richard Boome. We offer specialized, tailor-made itineraries to an ever-increasing list of happy clients.

All properties have been carefully selected for their charm and exclusivity.